Helen woke up this morning with swollen finger . She had injured it a few days ago and thought the swelling would reduce, as it has not, we decided to find a medical clinic. We headed out of Potes and drove through the Picos Mountains towards the coast. 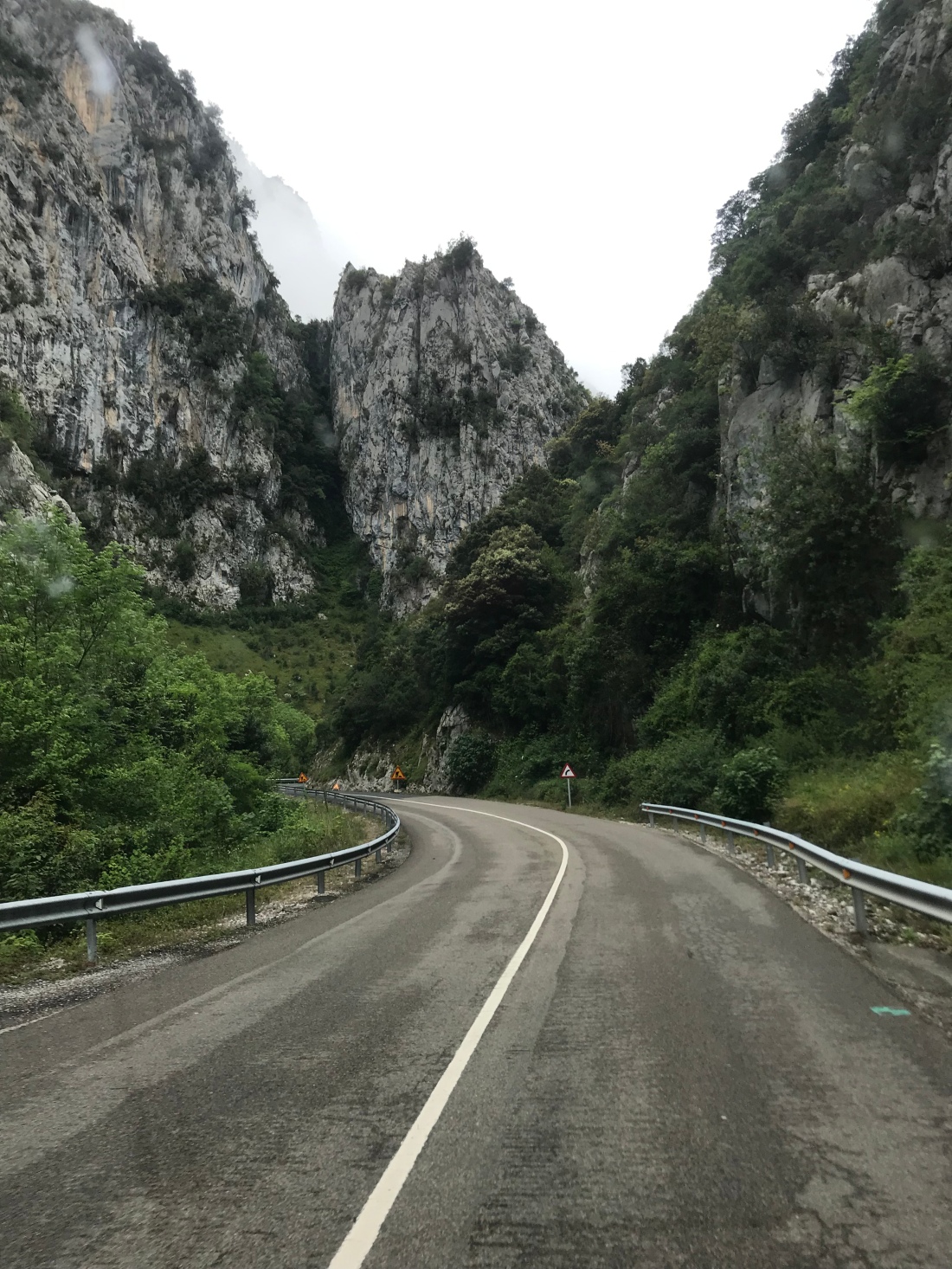 As we passed though a village called Rio Deva we saw a clinic on the side of the road.

We went in and explained the problem . They said they did not have any tools to remove Helens ring but would try to reduce the swelling. They then said someone was coming in with a tool to remove ring. We think it was a builder / electrician working down the road . Helen was slightly nervous (due to lack of wine)

We are not totally sure of his medical credentials but he did remove the ring without loss of limbs.

With pressure relieved we headed for our next destination Cudillero .

We found the campsite and parked in our spot. 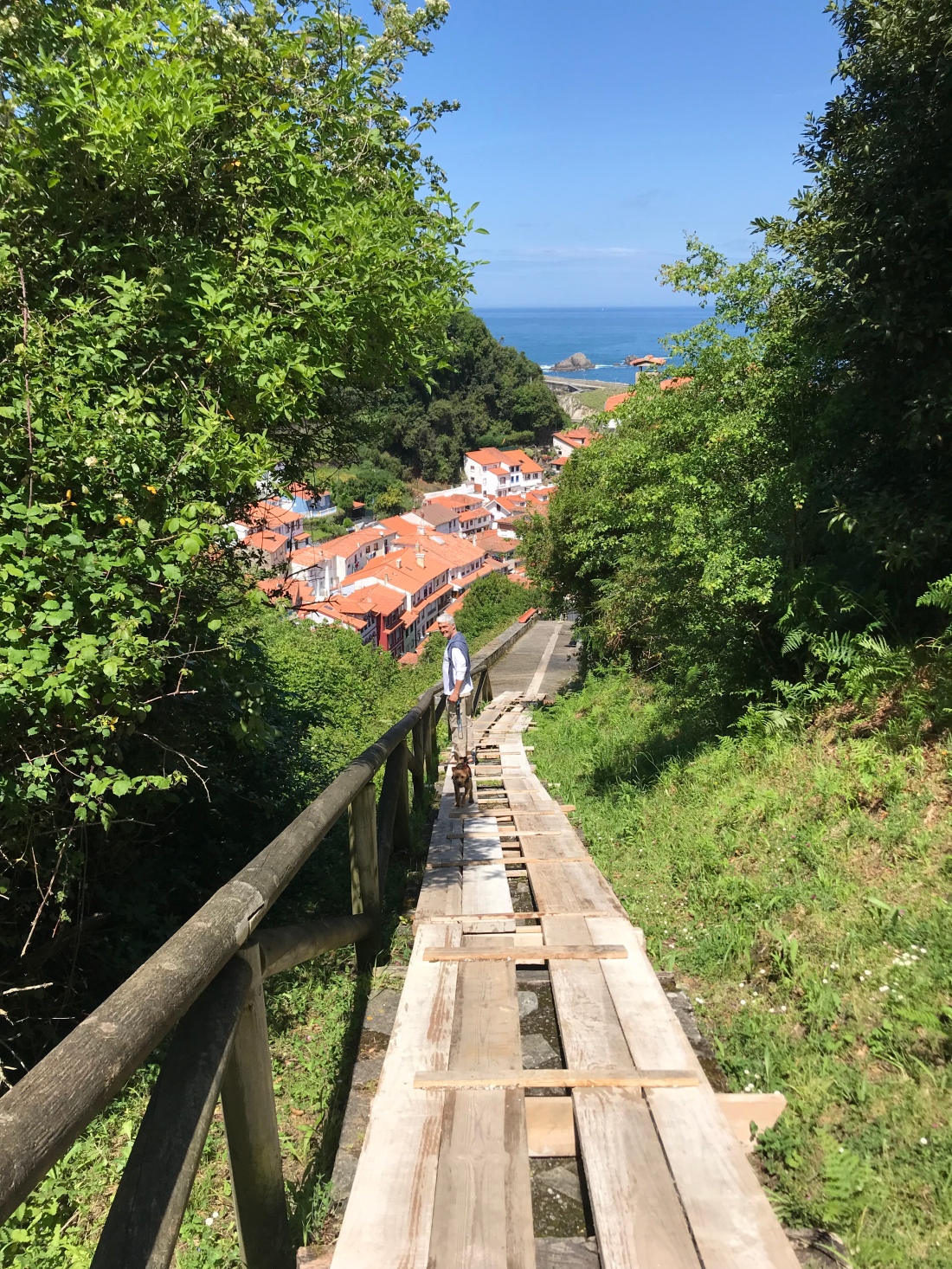 We walked down to the village and harbour.

A beautiful place . We wondered around the harbour restaurants and picked one with Langostinos ala Plancha . 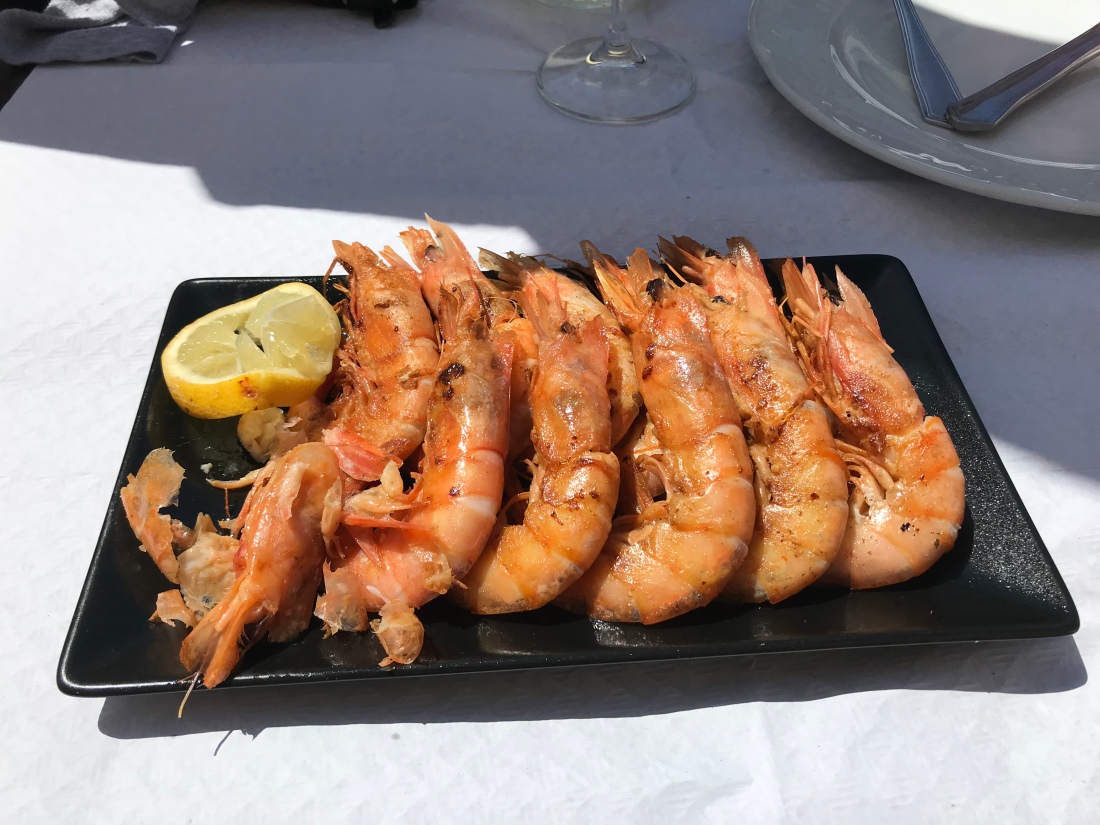 I bought a WiFi booster on Amazon for the trip . I could not get it to work so decided to send back to Amazon . Printed out return slip at campsite and headed for the local post office . When we got there a sign was on the door back in 15 Minutes. So decided to head for the nearest cafe. 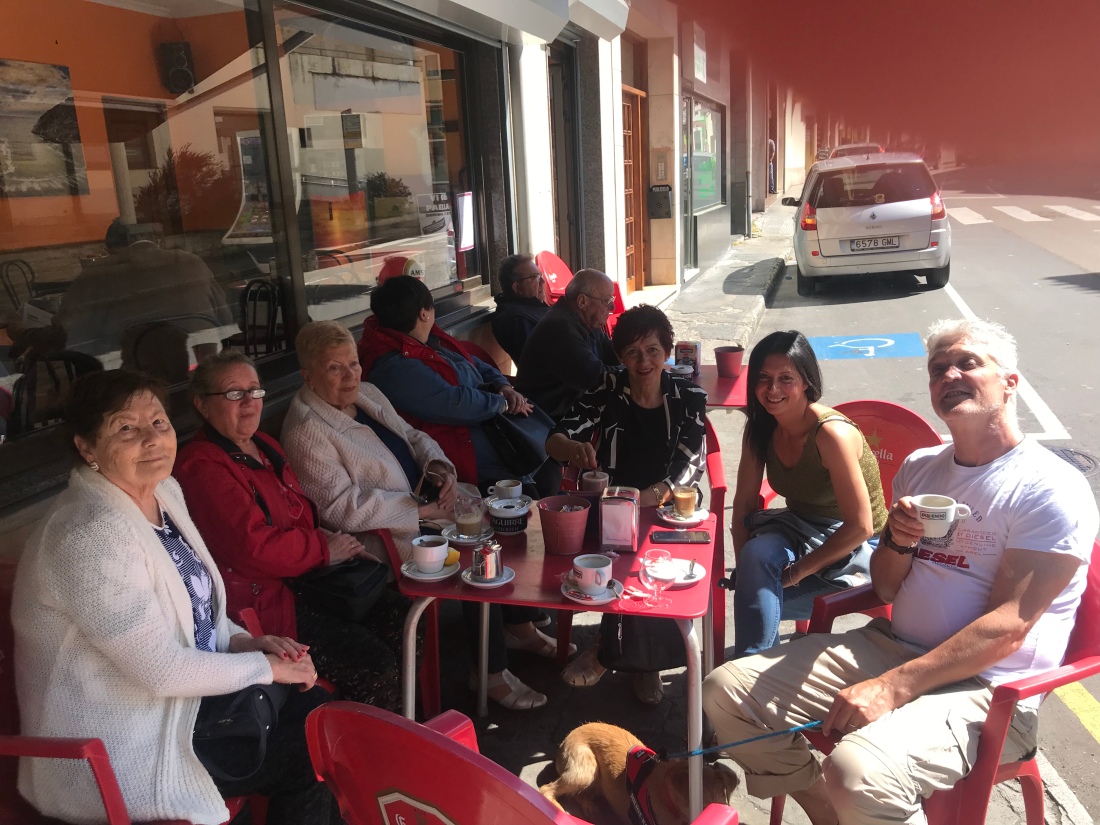 We joined the Senoritas for coffee, and caught up on the local gossip.

Posted the parcel and headed for next destination . A town called Ribadeo.

We parked by the port and walked into town . Another great place with narrow streets and lots of character. Menu Del Dia at lunchtime is becoming a habit . For somewhere between 8 and 15 euros you get 3 courses , half a bottle of wine and coffee. A true bargain to be found in most restaurants and eateries almost everywhere we have visited. The choices are small which means you eat something new everyday and a bottle of wine . What is not to like . 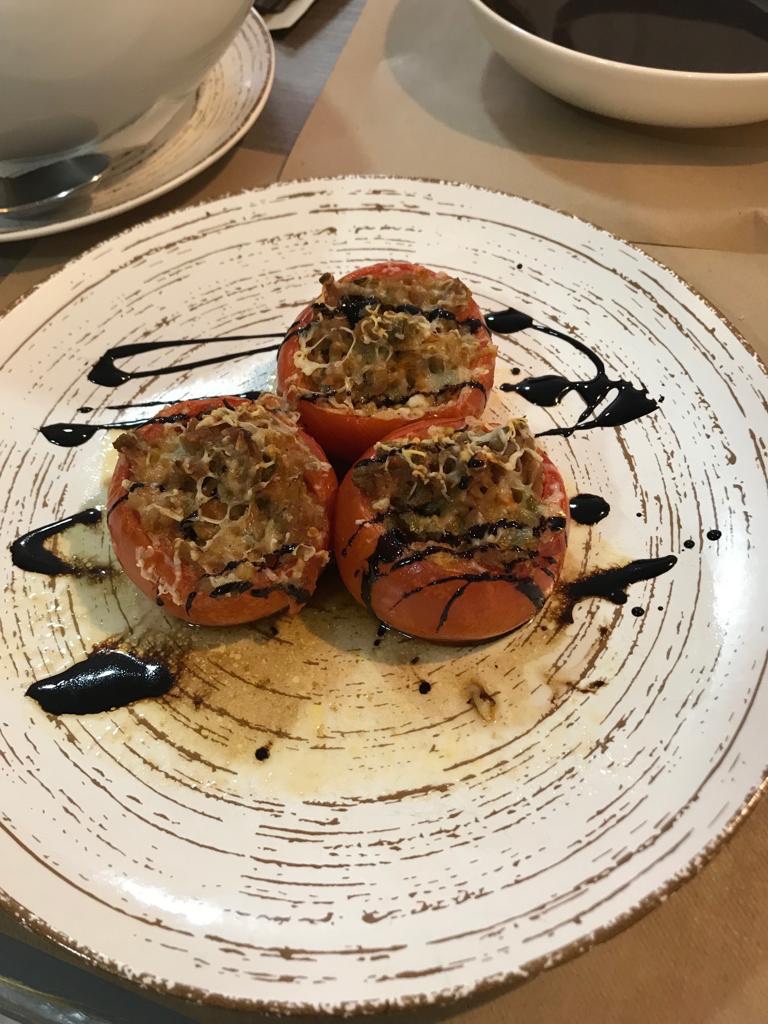 We decided to carry on to Santiago De Compostela as we were now quite close. We found a campsite about 2.5 km out of town. We decided to catch the bus in, but unfortunately they do not allow dogs so Shank’s Pony was the order of the day.

We have been following the Camino for St Jean pol pied de port in the french Pyrenees and it felt good to eventually arrive in Santiago De Compostela. As we walked along the Camino into town there were many pilgrims and lots of singing and music being played . It was very atmospheric.

We wandered through the streets and finally reached the main square in front of the cathedral .

After completing the Camino it is normal to walk another 60 km to the final end of the Camino by the sea. The place is called the end of the world . I suspect before Columbus found America most people thought it was.

Having found the perfect spot for the night we headed for the bar. On a balcony over looking the sea we met Geraldine & Mathew from Jullianstown in Ireland. 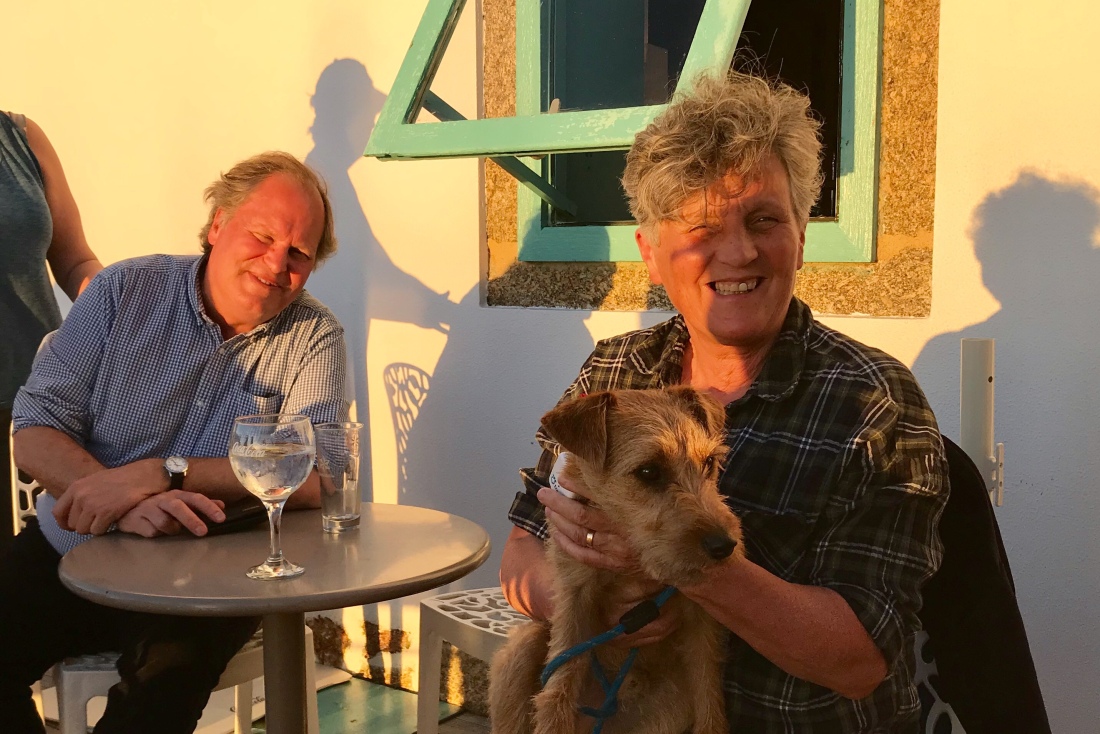 We spent a lovely time together watching the sun set.

Leaving this truly magical place was difficult but Portugal beckons . We drove on towards the border through a large town called Vigo and finally stopped for the night in a place called Baiona about 25km from the border. After consulting search for sites we found a free place to park overlooking the sea. Just perfect . 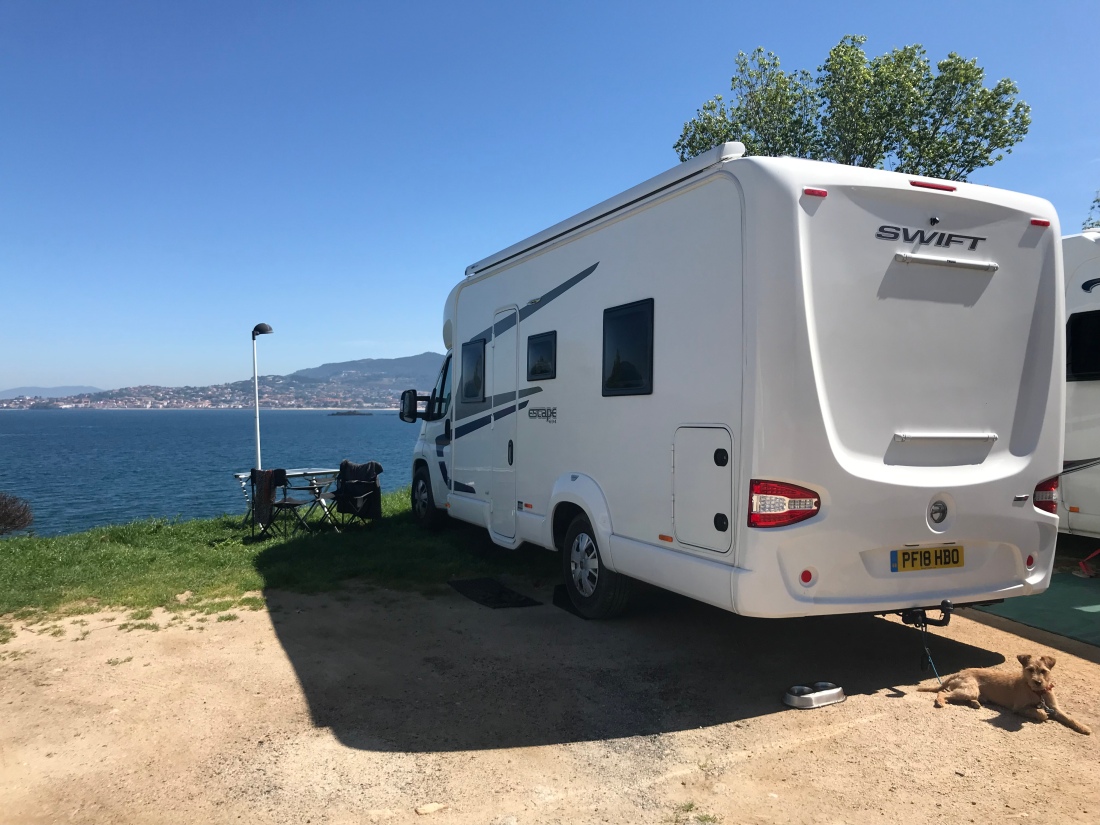 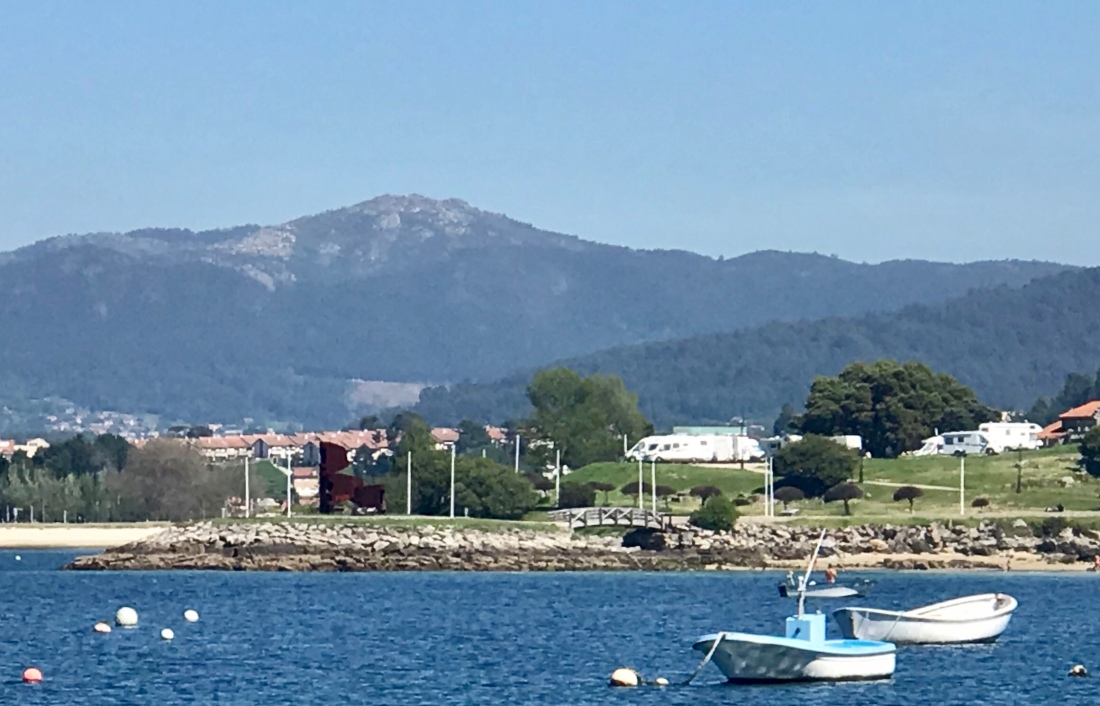 View all posts by mark@tvwindows.com

One thought on “Part Cinco”